A look back: Slideluck Potshow Chicago

Almost five years ago to the day, we served on the committee that introduced Slideluck Potshow to Chicago. It was hosted at the gallery Y was director of and we had attendance of just over 300. Photos of the event and presenters shows can be seen here. For those unfamiliar with Slideluck, it breaks down like this: it’s a two hour potluck plus a two hour slideshow, showcasing around twenty different artists. Presenters are allowed up to five minutes to present digital media via projector paired with a song of their choice. Our Chicago committee went on to produce three more Potshows in a span of two years.

I found this format to be very fitting for my work and created four different shows, which can be seen below (SOME FEATURE ADULT THEMED CONTENT).

We may be a part of Slideluck once again, this time in Ann Arbor.

This format takes place on a global scale in cities all over the world. To find your closest Slideluck event and find out how you can become involved, look for details on their site.

Shots in the Dark

The other night while hunting werewolves I managed to snap a few street scenes. Although the pursuit proved uneventful, I was satisfied with the images. I strongly recommend everyone else get out there to shoot and capitalize on the warm nights before the cold gets here. Please let me know where I can see your work. 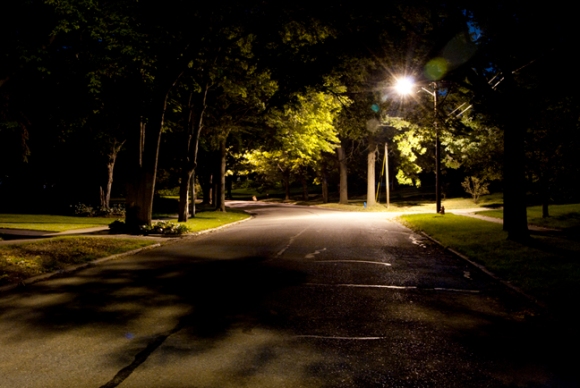 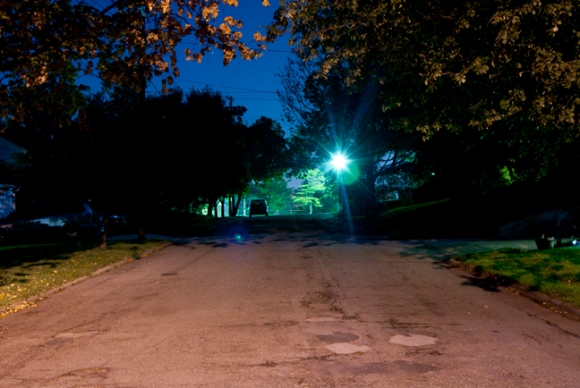 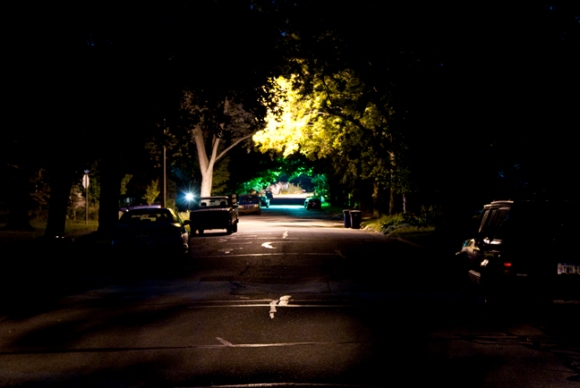 All Quiet on the Western Front

I’m a simple man: I like my beer cold, my TV loud and my sunsets epic. 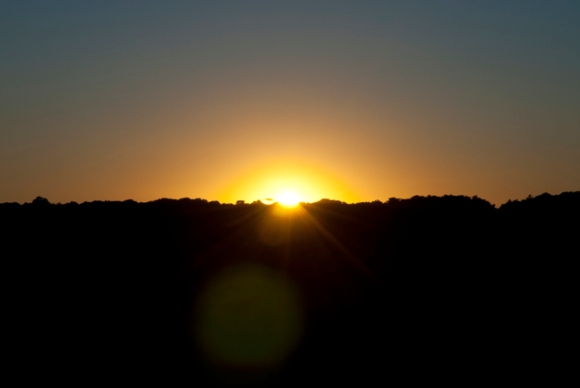 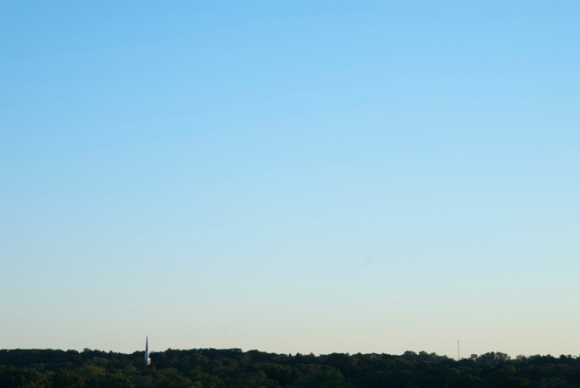 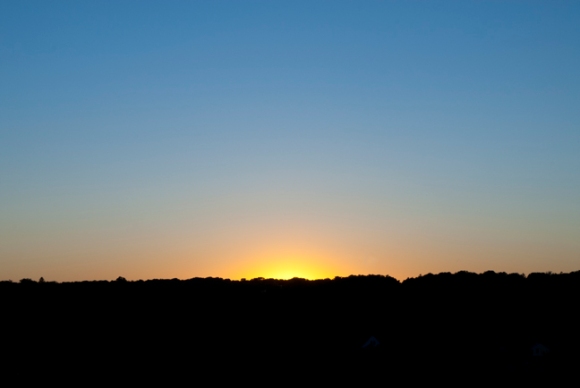 Ralph Williams is a retired English professor from the University of Michigan, and one of the most interesting humans I’ll ever know.

In winter of 2004 I took Williams English 401: The English Bible (Its Literary Aspects and Influences). It was there this young photo student watched one of the most animated lecturers alive and focused more on the logistics of a photo shoot than his studies. A few short weeks later I had chosen a venue, secured the lighting and, most importantly, scheduled Ralph Williams for the shoot.

This was before I knew much about lighting and long before I had worked with and directed many subjects. For many reasons this shoot shouldn’t have taken place. But it did. And it could not have gone better. The reason for my success was that I didn’t know I couldn’t do what I wanted to.

There are many ideas that go to waste because people get bogged down with what they think is needed for a project. Not enough money or not enough time are such examples. Whenever I feel limited, I look at these images of Ralph Williams and remember that a broke, ambitious photo student took these pictures. 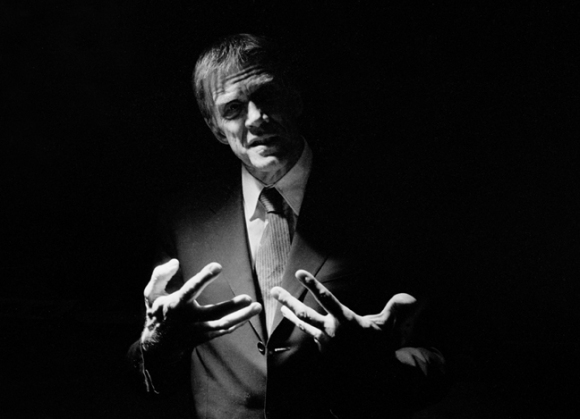 Che succede is Italian for “what’s happened” or “what’s changed”. The English equivalent is “what’s up”. Although both phrases determine the same results, “what’s up” literally means to verify that which is above. 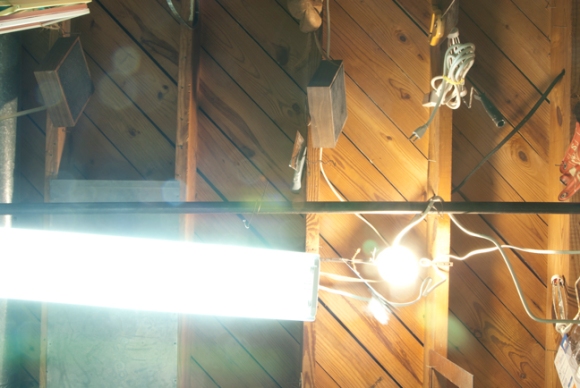 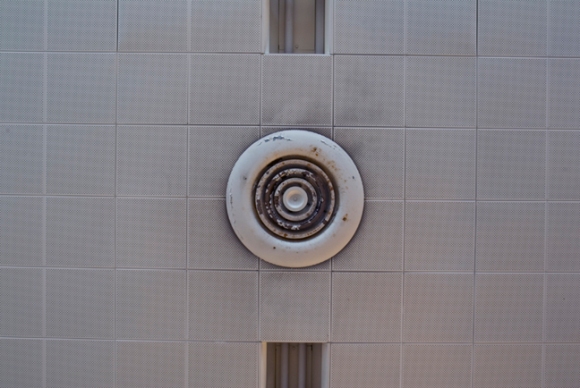 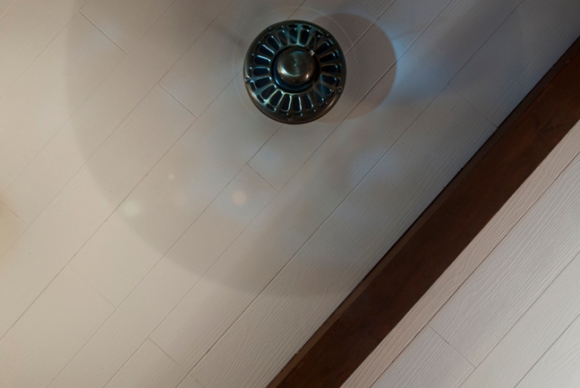 Take a picture, it lasts longer.

Two nights ago it was incredibly hazy outside. I noticed, as I’m sure everyone else did, just how amazing the night lights looked. 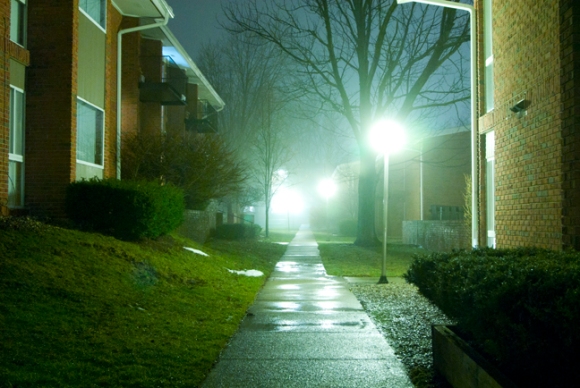 The mixture of different color temperatures combined with the reflective moisture in the air gave way to some incredible scenes. 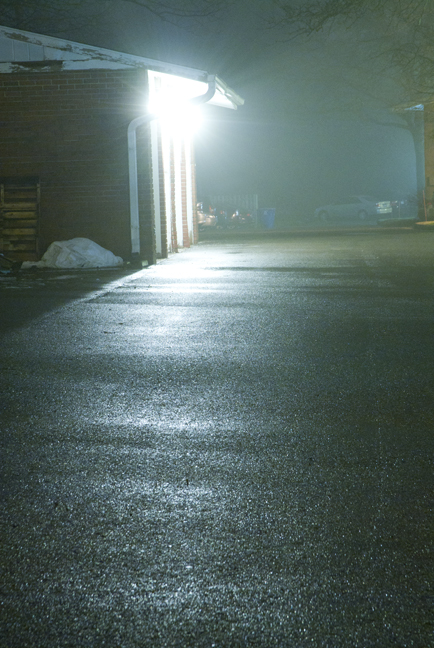 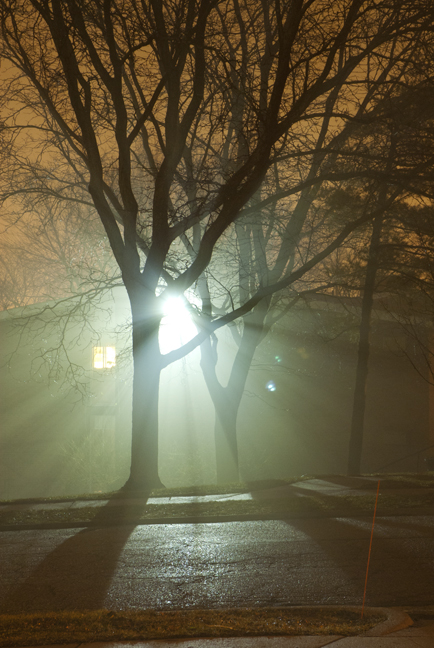 The moon was so bright last night, that it could be photographed hand-held. 1/200 of a second at f/8, to be exact. For those at home keeping score, that’s bright. There’s no denying it’s beauty, but there’s also a burning question: if it’s so bright, why can’t the full roundness of the moon be seen? 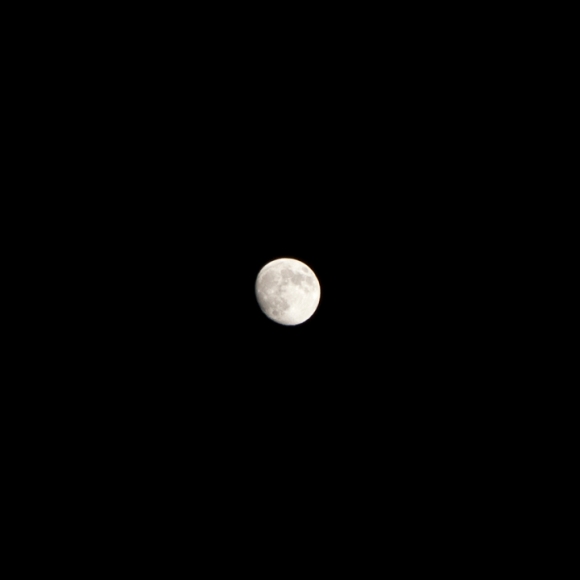 Perfect! Glad you asked. Last night, the moon was at about 3/4 visible, as you can see in the photo. This happens when the moon is more than half past earth to either side, as figure 3.1 illustrates.

Now, add the moon’s position to our vantage point from earth, and then throw in some curvature, and the result is that only 3/4 of the moon is hit by the sun’s light. So, here it is: the difference between what is in the light and what isn’t is so large that what’s not in the light becomes invisible. Let’s look at another example.

This image was taken in a studio. We can all agree that there are at least four walls that make up this studio. The reason they can’t be seen behind the kind gentleman above is because they’re well outside of the light needed for this specific exposure. They are there, though, just as the moon is round. Capisci?

I really did start writing something that was very serious about the history of photography, and was really driving a point… but lost steam. So, here’s what. Don’t let these gloomy few months hinder your photography. Get out there, take advantage of the soft light provided by the clouds and create shapes and objects out of the things we see everyday.

Is this the untimely end of Y’s sanity?! Could she be  plotting some sinister, diabolical scheme? Or is she gifting mankind with a glimpse of the future of art?  Tune in tomorrow for the shocking reveal! 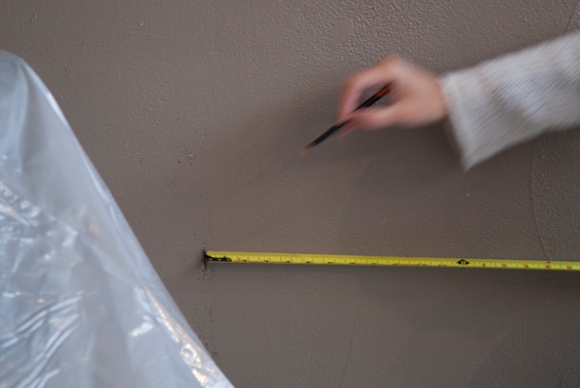